Blue & Yellow CEO Chris Silverman is the youngest of four boys. Growing up outside New York City, hand-me-downs were the way of his wardrobe. Not that that’s a bad thing, right? It was the original recycling after all.

But as he headed into his teen years, Chris felt a need to flex his fashion. That year, for his 16th birthday, all he asked for was a gift card for new clothes. That’s it. And he got it. He headed down to Sunsport with his $300 in hand and tried on everything. Not an exaggeration.

One after the other, he added most of the store to his changing room. He lingered and debated and ultimately made his purchase. As he was checking out the manager said, hey, do you want to work here? “What?” At that point, Chris had earned his money the old-fashioned way – mowing lawns, shoveling snow, doing whatever his big brothers were doing to earn money.

This was a totally new idea. Sit back, sell clothes, AND make money? “Okay.” It was that simple. Chris had an eye for what kids wanted because it’s what HE wanted. His boss let him select a few items for the Fall Line and when October hit, his picks were gone.

By senior year, he was a Buyer for the store. His philosophy stayed the same. He just ordered what he liked and turns out, local kids liked it, too.

After he graduated, he headed to Australia. Fascinated with surf culture, it seemed like the best place to hang his toes. When he got back stateside, he headed West, still seeking that surfer life. He enrolled in college, but it wasn’t really his thing.

His brother lived down in Los Angeles and made some new friends, ahem, The Beastie Boys.

They were launching their label XL and Chris’s brother said get down here, you have a knack for this, and we could use the help.

He stayed with XL for years. Moved to the Bay Area. Opened stores. Made a name for himself. After that, he worked for some of the largest retailers in the world. He worked for local and global companies. He owned brands and ran brands. And he’s always been a pioneer. Like his role in 22 Shoes.

Back then, remember this was 20 years ago, most luxury retailers would buy Italian leather, ship it overseas, where the majority of manufacturing was completed, then ship it back to Italy for the tiniest finishing details…just enough so the companies could stamp it “Made in Italy” and charge a premium. Chris’s brand, 22 Shoes, came out against blatant greenwashing and created 100% authentic Italian-made shoes.

Chris was really proud of his role in 22 Shoes, but as he continued on in the fashion industry, he hit a wall. He was burnt.

The industry is rife with waste and Chris couldn’t do it anymore. He resigned and decided to take a break, but his friends (and current Blue & Yellow business partners) had another idea.

What if they created a label with virtually no waste?

And Blue & Yellow was born.

Chris knows the industry, so he tapped his connections and started locating deadstock fabrics and trims. He worked with his friend, who owns a knitting mill, to transform scrap fabrics that would otherwise be trashed and started working on a way to knit them into new fabrics.

It was trial and error in the beginning. They went back and forth until they had a fabric that worked and was up to his high standards. One that uses as much recycled material as possible without sacrificing durability, quality, and has a nice hand to it.

That’s where the idea of a core line of classic staples came from. Blue & Yellow is designed to be a part of your wardrobe for years. It’ll hold up to wash after wash, for sure, but it’ll also never look like “so last year.”

Each piece is also designed to fit a variety of body types. From NBA players like Matt Barnes to Leon Bridges’ lead guitar who texted us just to say, “This shit’s awesome!”

As for the name? Blue & Yellow make Green. And green is what Chris and Co. set out to be.

98% of the fabric is recycled with only 2% new and almost no water is used to create each garment. When you consider the fact that it takes 400 gallons of water to make a traditional t-shirt, and 2,000 gallons to make a pair of jeans, that’s a pretty big freaking deal.

It’s so big, in fact, that Chris, who was part of XL and several other fun businesses, said this is the most excited he’s ever been about being in the industry.

From what we hear, the Planet is pretty pumped, too. One more reason the Planet is pumped? Chris’s jean scene. He doesn’t just talk the talk, he walks the walk. In the same three pairs of jeans he’s owned for years. He calls them 1, 2 and 3. When one gets a hole, he doesn’t toss them out. He has them repaired. That’s a pro tip, from the top. 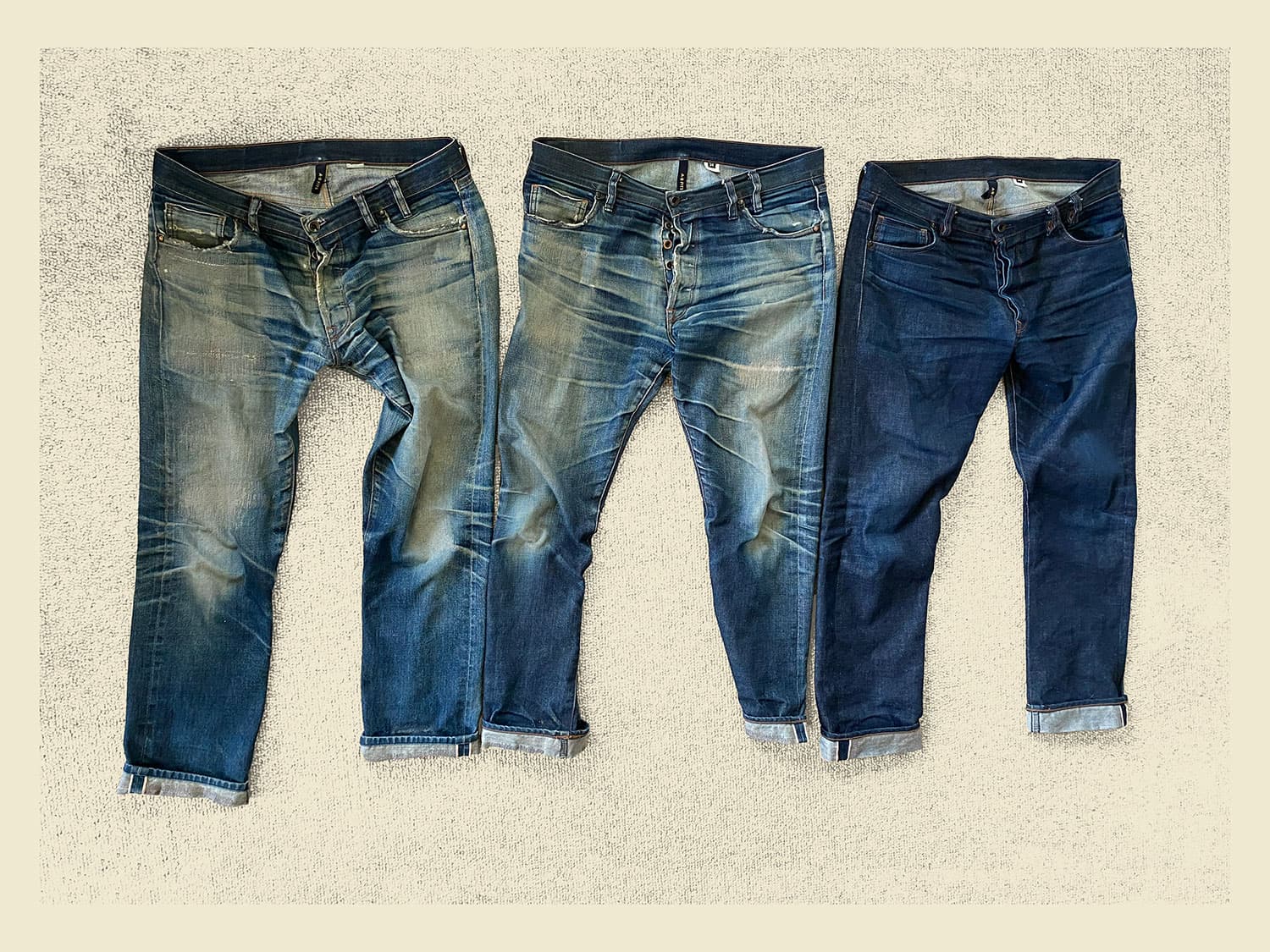